Liu Bolin 刘勃麟 creates compelling works that combine Performance Art, photography, and protest. In his Camouflage Performance works, Liu covers himself in paint to immaculately fade into the backdrop of a photographed scene.

With the help of assistants, he often takes up to 10 painstaking hours painting his own body to match a portion of the chosen site, before photographing himself standing within the scene as he blends into the background.  According to the artist, hisCamoflage works are metaphors for the feeling of anonymity and ostracism he encounters as a Contemporary artist in China. After Chinese officials shut down his studio in 2005, his work became even more overtly political, in what the artist calls “a silent protest… a protest against the state.” He currently lives and works in Beijing.(artnet.com)

In this exhibition you will see a few pictures he did recently, like some pictures of the "hide in the city" serie he did in 2012. But you will also see some "Lost in fashion" pictures. For example there is Jean-Paul Gaultier hiding in "marinières" T-shirts, Albert Elbaz, designer of Lanvin, hiding in his clothes, and someone who could be Angela Missoni hiding in a Missoni style cloth. I think it is very smart  to use fashion in an exhibition happening in Paris, in order to get the parisians to understand and appreciate Liu Bolin's art.

The gallery is quite small but very pleasant to visit, and the person behind the desk is very helpfull. She knows a lot about the artist, and she will be very happy to help and inform you.


I like especially the "sleeping Lion" and the "Bus stop". The "Three Godesses" pictures is also amazing, the artist is really invisible. I invite you to try to find the hiding persons in the next pictures ! 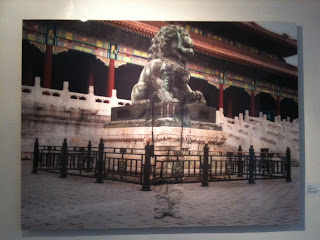 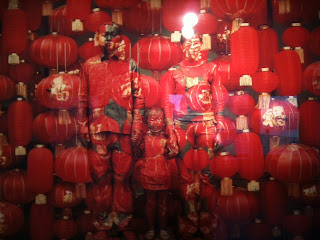 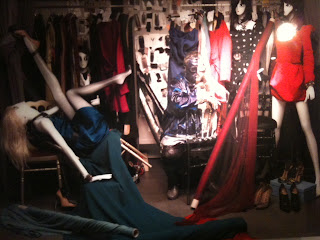 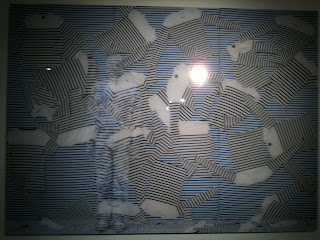 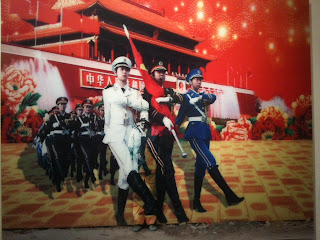 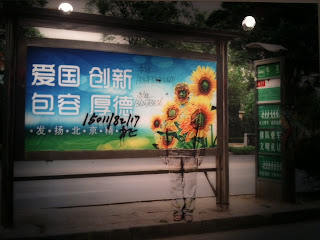 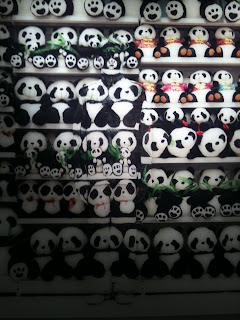 The Paris-Beijing gallery represents the artist in Paris, don't hesitate to visit it, it is located in the city center  ( www.galerieparisbeijing.com )