Digital revolution in China: getting close to first Worldwide

First of all, even if the Chinese coast has more population than the inside of the country, and is more developed, we can notice that the growth is going towards the west. Which means that a company can start doing business in Shanghai or Beijing, but it should take the whole country as a marketing target.

Chinese most popular websites and Apps

·         Social netwoks : Knowing facebook and twitter are blocked by the great firewall, China has Weibo 微博(470 million Tencent Weibo 腾讯微博accounts, 400 million Sina Weibo 新浪微博accounts), and RenRen人人网 or 校内网(with 162 million accounts).
44% users use Weibo to get information about products, and almost every big foreign company has a page on Weibo.

LinkedIn is not blocked, but it’s not translated, so there are only 2 million profiles in China.

·         Search Engines : Google does exist in China, but its market share is getting lower. Baidu 百度has now 80,3% market share, so it is the most useful for a company’s corporate communication. There are also in China Sogu搜狗, and Idaho (created by Alibaba阿里吧吧), one of the most powerfull for e-business.

·         Others: The 360Buy site has launched special sites in many countries for selling Chinese products worldwide.
Ctrip 携程and Elong 艺龙are the main traveling websites, and they are in English.
Fanstang 粉丝堂is a special website, where comments from the Western countries are translated in Chinese in order to be able to put them back in the Chinese social networks.

We have to now that trends in China are now set by the members of the government on the one hand and by Internet on the other.
An example is the Maotai茅台, drunk by most top ranking administration members since 1949. It is now the most famous baijiu 白酒brand in China. So the government has actually a big influence on brands.
If we take the example of MacDonald’s and KFC, we notice that China is the only country of the world where KFC is stronger than Macdonald’s in terms of turnover. This is because KFC carefully adapted to the Chinese market (customized services, breakfast…) and managed to build a strong relationship with the Chinese government. Moreover, KFC’s managers all speak Chinese.

Taobao 淘宝网is the world first e-business website, with 1000 billion $ turnover last year, and 19 billion $ only on the “single day” 11/11. But the online buying habits are different in northern and southern China: in northern China, if a product is popular, everyone wants it. In Southern China, if a product reaches 5000 people who want to buy it, nobody wants it anymore. It means that brands should adapt to each region of China, there can’t be only one strategy. Internet allows brands to have several strategies.
The Wechat App reached 300 million users, and it will probably overtake facebook in 2 or 3 years. This App entered India last year, where the number of mobile users overtook the number of wire phone users. It will probably be soon the same in China. In fact China is already the first mobile market.

China Elite Focus website is specialized in western luxury brands, and luxury trips, for Chinese customers.
How to target the Chinese consumers? We have to know that rich Chinese use Weibo, but also the P1.cn website, which is a private website you can enter only when invited by someone you know. P1.cn has already 1 million members, which are rich young Chinese.
What is important for these customers is the quality and the precision of the information. For example, when you want to sell them a trip, you have to sell a special trip in a precise city, with services. This works also for brands.

Tencent 腾讯 is THE data analysis and online marketing company. We have to know that Baidu, Alibaba and Tencent each represent 85% of market share on their field, also because they have strong relationship with the Chinese government.

Another thing to know is that brands can’t think “number of followers” anymore. What is important is the “lead” quality, the data analytics profile. And 3G phones, allowing localizing users and identifying them, are very useful for that.
The brands also have to do a listening job, and to have a strong link between e-business and retail: “online + offline = 1 “.For luxury brands, internet and emails are not enough. They should send text messages, and then make private calls: what is important, as we said, is to make a link between online and offline.

8% spending of a company goes to mobile in 2012. But for example for Burberry it reaches 20%. We can predict that in 2013 some brands will have one quarter of their budget dedicated to mobile.
Wechat is also a very useful app for a brand.  In fact 70% 3G users have the Wechat app. Users on Wechat are not followers of a brand, they are members of a group. L’Oreal has for example 10 million members in China. Moreover, with 3G phones we have the localization. So Wechat allows localizing marketing campaigns. If a brand has a store only in Shanghai, it can do a marketing campaign only in Shanghai.
On Wechat you can also leave voicemails and this in 9 different languages. Then a user can also share a brand with his friends.

As a conclusion, it is obvious that there is a special evolution of society on internet in China, and brands should pay attention to this evolution.

And French brands should remember that they have the advantage of having a good image in China. In fact Chinese like France. We have a special image in China: France is a country of History, quality food, luxury… We should not forget that. 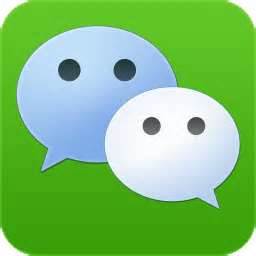